I had to work today, so I wasn’t sure whether I would find the time to finish the challenge or not. Wife was working and daughter was at an extended play date with the neighbor’s kids. At lunchtime I decided to go for a ride. The plan was to cover at least 60K, leaving as little as possible for tomorrow.

Skipped lunch (a really smart way to go when leaving for 3h+ rounds, not!), got dressed and left. The temperature was just around freezing point, leaving me with the hard choice whether to switch back to studded tires or stick with the slick ones from yesterday’s ride. I went for the daredevil option and kept the slicks. Only downside to this was a bit of cowardly driving through corners and curves, but I stayed upright through the whole ride.

It was colder today. After some 15K I realized that I had forgotten to put my overshoes on. Not smart since my toes are really susceptible to cold. However I had my winter shoes on, so I figured “what the heck” and went on. Funnily enough it wasn’t the toes that turned out to be a problem; instead it was my fingers that lost tactility during the end of the ride. Nothing that a hot shower couldn’t cure though.

I actually met two other riders on the road today; one guy whom I caught up with some 25K into the ride and another that passed in the opposite direction. I rode with the first guy for a couple of K’s and had a nice chat. It turned out that he was a former pro, having competed with some of Sweden’s greatest cyclists during the early 80’s (Tommy Prim among others).

Strengthened by this encounter I decided to go all the way today. I resisted the urge to stop at the Rosenhill Café (a place frequented by Stockholm’s cyclists). I tried a new road which turned out to be the pothole road from hell. And the suddenly the cycle computer showed that the ridden distance of the day surpassed 87K. I had passed the challenge! At the end I logged 95K in 3:35 for a total of 508K.

To sum up: 7 rides for a total of 508km done in 19h and 39min, average speed of 25,9km/h. Considering weather conditions and the fact that I’ve done all the rides solo, I think that it is fairly ok.

Over and out for this year! It’s been a real pleasure and I’m really looking forward to receiving my badge. Happy new year!

Day 7 and ride number 6. Yesterday was a travel and relax day. I spent some time with my daughter while she was skiing; cross-country on her new Christmas present skis. Then I spent some time running around my in-laws house, trying to find everything that was supposed to be taken home. Then finally home to Stockholm (no place like home).

Doing some research I found out that the roads in Stockholm were free of ice. I decided to get rid of the studded tires and switched wheels to a pair of Fulcrum Racing 3 with Conti 4-Seasons (28mm) on. It was quite a remarkable difference. And considering the winds today I was really happy with the new setup.

The weather forecast promised some light rain, 3-4 degrees Celsius and a strong breeze from the south. I carefully planned my round to be headwind first and tailwind last. It blew, not gusty but constant. The first 50K was hard (avg. speed of 23.9 km/h) and the last 50K was considerably easier (avg. speed of 29.5 km/h).

Treaded on some new roads today; really nice ones that should be perfect in better weather conditions. Today everything was kind of grey. It’s actually kind of the 3rd season that I going through during the Festive 500. It started with winter for the first 4 rides. Then I had a sunny ride, with snow melting away and the green grass starting to show which felt like the first days of spring. Today was autumn; wet, dirty, windy and a couple of degrees above zero.

Day 5 – The Long and Winding Road

Long ride today – actually the ride that I had planned for yesterday. It had a little bit of everything; tail- head- and strong crosswinds, a few drops of rain, ice, wet and dry tarmac and some clouds and a lovely sun.

With +5 degrees Celsius the riding conditions today would have been excellent (at least for being Sweden in December), if it wasn’t for the wind. The wind yesterday was a bit stronger in the gusts, but today it was more intense, blowing all the time. Had some parts with a really tough cross-wind. The round ended with 10K on flat clean tarmac with the wind in the back, enabling me finish strong.

The temperature had risen up to +10 degrees Celsius during the night (which is really unusual, normal temperature is something like -15 in the end of December). This made it a spring like feeling riding today since almost all snow had melted away.

Ended up with a good 92K in 3:23 today, making a total of 311K. Four riding days to go and 189K to cover. Thinking about taking a well-deserved sleep-in and rest day tomorrow (all rides have started before 8am so far). 189K in 3 days shouldn’t be a problem.

I had a plan for today’s ride – it got whipped by the storm Dagmar. The plan was a 80K ride around-the-lake-ride including some nice small roads. However Dagmar had been howling through the night, leaving a lot of fallen trees blocking the road. The temperature had also turned several degrees above freezing during the night, leaving the lesser roads with a layer of crystal clear bare ice. Hence, my planned trip turned into a 25K there and 25K back ride, in order to stay on clear roads.

The highlight of the day was a really old man out walking his dog. When I passed him he shined up in a bright smile and gave me thumbs up. Actually almost the first one who hasn’t stared at me in disbelief during my Festive 500-days. I’m pretty damn sure he used to be a really badass rider.

The line above quite much says it all. Found some tarmac, some slush and some parts with really rough ice. The roads… well, actually quite boring and no scenic views what so ever. Nope, today was more of a work that had to be done. I ended up with 55K in 2:13. 169K in total now.

Let me tell you another story instead:
1 year and 9 months ago I bought my first road bike. It was a Merida Road Race 903; aluminum frame and Tiagra components. Quite cheap, but really suitable for a total beginner like myself. The reason for this purchase was that I had registered for the Swedish bicycle ride Vätternrundan, and I needed a bike. The registration was a mostly a spur of the moment after finishing another classic Swedish race (in great pain) – Vasaloppet. I had never trained on a bike before (apart from some occasional spinning classes) and had no idea of what I had gotten myself into.

My first training ride ended after 20 minutes, with a flat tire and a heavy rain. My second training ride ended after 15 minutes with a broken front derailleur. I had also bought a commuter bike (a hybrid - rookie mistake). On my first ride home from work, a drunken guy got irritated because of my front light, shoved me and tore my light off. Om my second ride a car decided to cross the bicycle lane right in front of me, forcing me to break hard and going over-the-bar – ninja-style. However, since my ninja education wasn’t complete the whole thing ended with some torn ligaments in my left hand, forcing surgery some months later (and 8 weeks without training).

I guess my cycling career could have ended then and there. I guess few people would mind if I just threw the bikes away with a start like that? But I didn’t. Confident in that I really was on to something I kept on going and it totally changed my life. Now it’s 1 year and 9 months later. This year I have logged over 11000km on tarmac, gravel, trails, snow and ice. I have lost a lot of weight and I’m fitter than ever. Thanks to a strange contraption with two wheels and a frame. Some of these days I might even go on and call myself a rider.

The following takes place between 7.30am and 11am. All events occur in real time (yeah, I have been watching too much 24/Jack Bauer during my trainer sessions).

Badass rider dressed in winter-bibs and merino shirt enters the kitchen. He looks confident.
Mother-in-law: “You cannot go out riding today; they have issued warnings on the radio all morning about the icy conditions on the roads.”
Badass rider: ”But I have to! The Festive 500 is up, and my reputation as a badass flandrian rider is on the line.”
Mother-in-law: “But you could get hurt!”
Badass rider: “I’d rather get hurt, than being a wuss who lets the weather get in the way of riding”

Oh, maybe that’s not quite the way the conversation went. However I decided to check the roads out, and promised to return if the conditions were too bad. Not that that ever would happen, but at least I made a promise. 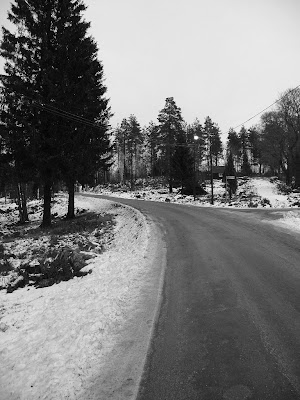 The conditions turned out to be challenging. The temperature had stayed above the freezing point all night, and then going below in the early morning hours – hence turning every molecule of water into ice.

So today was not about slush, it was about ice. Apart from some 8K in the beginning of the ride and some 10K in the end (with frozen slush, really hard to ride on) it was actually most clear tarmac. Clear tarmac with a thin layer of ice on top of it. The Ice of Death!

But I survived, thus being able to add another 58K and 2h19min to the challenge.

Ok, from now on and until approx. New Year’s Eve this blog will be written in English. The reason for this is of course the Rapha Festive 500 – Ride to Redemption. Possibly some other contestants will check this out, and hopefully the Festive 500 grand jury will like too… and award me the mega grand super prize. Or a badge.

Got up at 8am, got dressed for misery conditions (0 degrees Celsius, some wind and light rain), mounted lights, had a light breakfast, dismounted lights and left my parents-in-law.

Started out with a strong headwind. Excellent way the get the heat up. Actually managed to catch some tarmac along the first leg. Then 14km of pure ice/snow-slush. Really slow and really heavy. Stopped for a tweet along the way.

Passed though the village where I grew up (partly) some 20 years ago. Took a picture. Didn’t feel the urge to move back.

Passed though the town where I went to junior high. Still didn’t feel any urge to relive those days again. Then I had some magical km’s on clean tarmac with a strong tailwind. Then slush for the rest of the ride.

Ended with 55K in 2:25 and an average speed of 22.8 km/h. Considering the condition of the roads today this must have been a great core and low-cadence muscle workout. I wonder if it’s the same for the Australians and Rapha group rides in San Francisco? 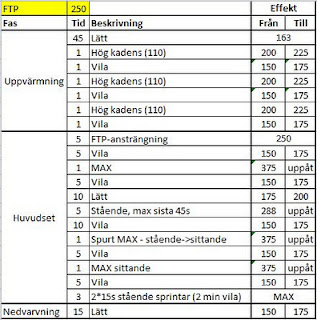